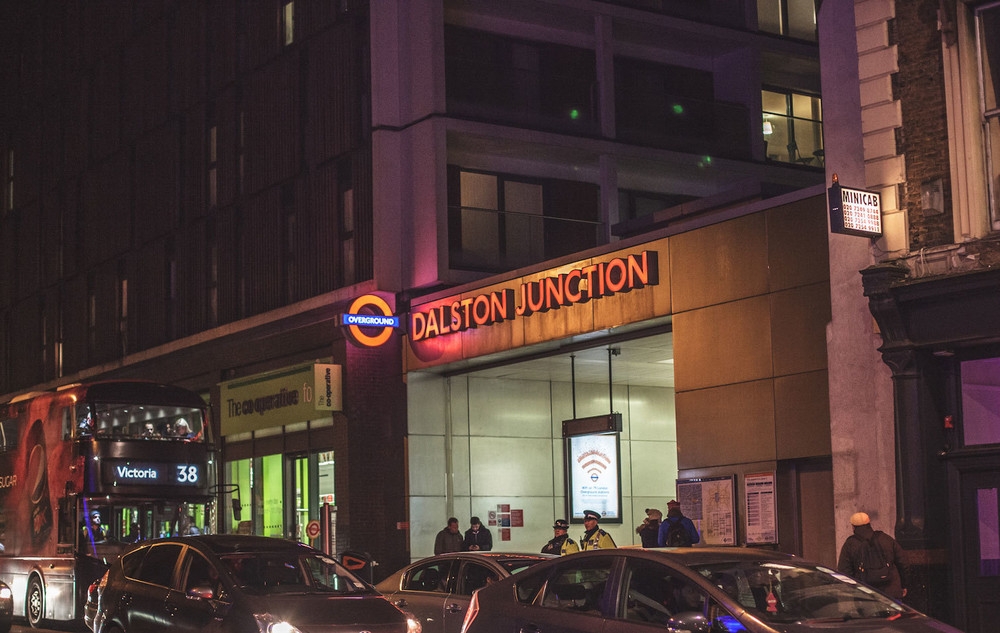 The buildings that tower above Dalston Junction station provide a vivid representation of how the area has changed in recent years. The Dalston Square development perfectly illustrates the process that has led to the east London district becoming a hotspot for property investors; these flats are built on the literal foundations of the Four Aces – one of the most important nightclubs in British music history. There can be few more apt metaphors for the way a city’s property developers capitalise on its nightlife scene.

The Four Aces opened in 1966, launched by a Jamaican immigrant named Newton Dunbar. One of the first venues in the UK to play music aimed at a black audience, performers included Desmond Dekker and visitors included Bob Marley. In an interview last year, Dunbar said: “At that time I didn’t realise I was doing anything special. But as most pioneers will tell you, they are traveling into unknown territory.”

Dalston is travelling into the unknown again. It has changed almost beyond recognition since the early days of the Four Aces, shaped in large part by the evolution of its music scene. The high street is now known for construction cranes as much as it is for its grimy basement venues. But if property development thrives in the presence of a vibrant nightlife scene, the reverse situation doesn’t always apply. Dalston – like other areas in the UK; Stokes Croft in Bristol, the Northern Quarter in Manchester, Peckham in south London – is at a crossroads, and it’s not clear where it’s headed.

In 1988, Dunbar handed control of the Four Aces to rave promoter Joe Wieczorek. The club was renamed Labrynth and went on to play an integral role in the acid house scene. That wasn’t its only legacy – it paved the way for a host of other venues which catered to the local Afro-Caribbean community. Only a few are still around today, notably Visions Video Bar, but there were many others, including Pier One Nightspot, Afriki and Passion.

Dalston’s current reputation as a nighttime destination started in the mid-2000s when a wave of new club promoters moved into the area. One of the first was Club Motherfucker. The night had been running in Highbury since 2003, but in 2006 promoters Beck Rosoman and Zena Blackwell shifted the night to Dalston. The chosen venue was Bardens, a 300-capacity basement indie venue run by landlord Umit Moroglu.

The DIY aesthetic seemed to fit the vibe of the night – a raucous polysexual dance party that hosted bands and DJs like The XX and a 16-year-old Charli XCX, playing whatever they liked. “The whole ethos was it was supposed to be a house party,” says Rosoman. “The good thing about Umit [was] we would say, ‘We need to give free shots to people coming in,’ and he would just do stuff like that. We didn’t pay a hire fee, so we could take more liberties with what we were doing.”

A plethora of underused venues, easygoing landlords and a relaxed licensing regime created a sense of lawlessness and independence which was lacking in other parts of London. The LGBT scene and the hedonism for which it is known also played a major part in cementing Dalston’s reputation as a nightlife destination. “As always, the gays were there first,” laughs Rosoman. “A lot of the vibe of the nights that were around definitely came from the queer stuff that was happening in that area.”

In 2007, Disco Bloodbath started as an irregular party in the basement of Passion on Amhurst Road. Founding member Dan Beaumont pays tribute to the nightlife scene that has existed in Dalston since the 1960s. “Night time culture has always been a really important part of Dalston’s fabric,” he says. Beaumont has been no small player himself; in April of 2009 he opened Dalston Superstore – an event that marked the point at which Dalston exploded into mainstream consciousness.

In the same month, the Guardian declared E8 “the unlikely owner of Britain’s coolest postcode”. The months that followed saw a series of new venues opening up, some of which have gone on to acquire similarly legendary status. The Alibi opened in early 2010 and has since prompted at least one patron to tattoo the door stamp on his hand. Later that year, Bardens became The Nest, bringing heavyweight dance lineups to the high street for the first time.

Steve Ball is director at The Columbo Group, which owns The Nest and other London venues including XOYO. He recalls his first visit to Dalston Superstore: “I remember being just blown away by what an incredible atmosphere it was.” The Nest sought to create that same kind of atmosphere while adding to the draw of the area as a whole. “You had this wonderful situation of lots of small independent businesses in close proximity and quick succession,” says Ball.

The area’s new reputation couldn’t last forever. Tom Gibson is the man behind Ruby’s, a basement speakeasy in a former Chinese takeaway that’s been a feature of every London cocktail bar round-up since it opened in 2012. “Being the coolest place on the planet intrinsically means that next year you’re not the coolest place on the planet any more,” he says. Ball concurs: “People love to label something and say, ‘This is a hot new area.’ By definition, the area that was hot is now cold.”

Success also brought other pitfalls. In 2013, alarmed by the dramatic number of new late-night venues in the area, Hackney Council announced plans for a “special policy area” along Kingsland High Street, meaning new licences would only be granted in “exceptional circumstances”. The council consulted on the plan and found 84 percent of people were opposed. Still, it went ahead and introduced it anyway. (Earlier this year, it tried unsuccessfully to roll out the policy borough-wide.)

Nowadays, the new additions tend to be of a different kind. They have names that sound like bars – Vibe, Cadence, FiftySevenEast – but instead of occupying dimly-lit basements below the high street, they tower above it, built by the likes of Taylor Wimpey, Barratt and Telford Homes.

For Beaumont, the changes provoke mixed feelings. “I feel very conflicted,” he says. “On the one hand, it’s a real privilege to be able to run a business in such an amazing, dynamic area, and a lot of the changes that are happening are good. The high street is vibrant and transport links are incredible and there are still lots of opportunities. On the other hand, many local people now can’t afford to live here any more, which seems unsustainable. When you look at the plans for some of the upcoming residential developments, they don’t seem to be for the benefit of local people.”

No one could dispute that London is in dire need of housing. When Taylor Wimpey sought permission to build FiftySevenEast, a 15-storey residential tower on Kingsland High Street, it said the project would “help meet the housing needs of the borough directly”. Which is odd, because at the end of October, the developer held an event for investors at the Regent Hotel in Singapore. Asked about this contradiction, a spokesman said: “In line with company policy, properties at FiftySevenEast were released in the UK first with a launch event on the 8th of October at the Ace Hotel, London.”

According to the FiftySevenEast sales brochure, Hackney has seen house prices more than double in the last three years. Prices are rising faster in Hackney than in any other London borough. And if buying a house is difficult now, so is opening an independent venue. The cheap basements and relaxed licensing regime that created Dalston’s current nightlife scene are long gone.

Developers are transparent about the way they profit from the success of late-night venues. Their marketing materials refer to the “variety of pop-up club nights and music venues” and “some of the best underground clubs in London”. Bars and clubs are what fill the gaps and dark corners of our cities, breathing life into areas which have been long overlooked. But it’s never long before the developers swoop in. As the brochure for Telford Homes’ Vibe development says: “First it was Hoxton, then it was Shoreditch, now it’s Dalston’s turn.”

Tom Gibson has lived in north and east London all his life. He’s seen the way Shoreditch and Islington have changed and he knows a similar process in Dalston is inevitable. Nevertheless, he’s optimistic about its future. “It’s not necessarily a negative,” he says. “It will be a more diverse offering.” But he also wants to see protection for the things that made Dalston special in the first place, like its multicultural community, its artistic scene and its late-night venues. “Once they are closed, they are closed for good,” he says. “They are not going to reopen again.” 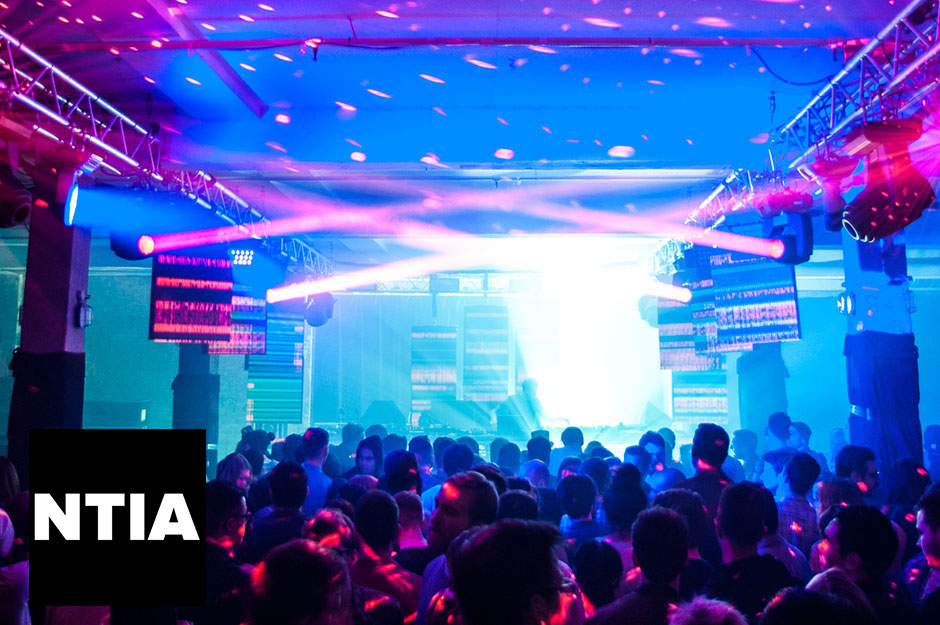