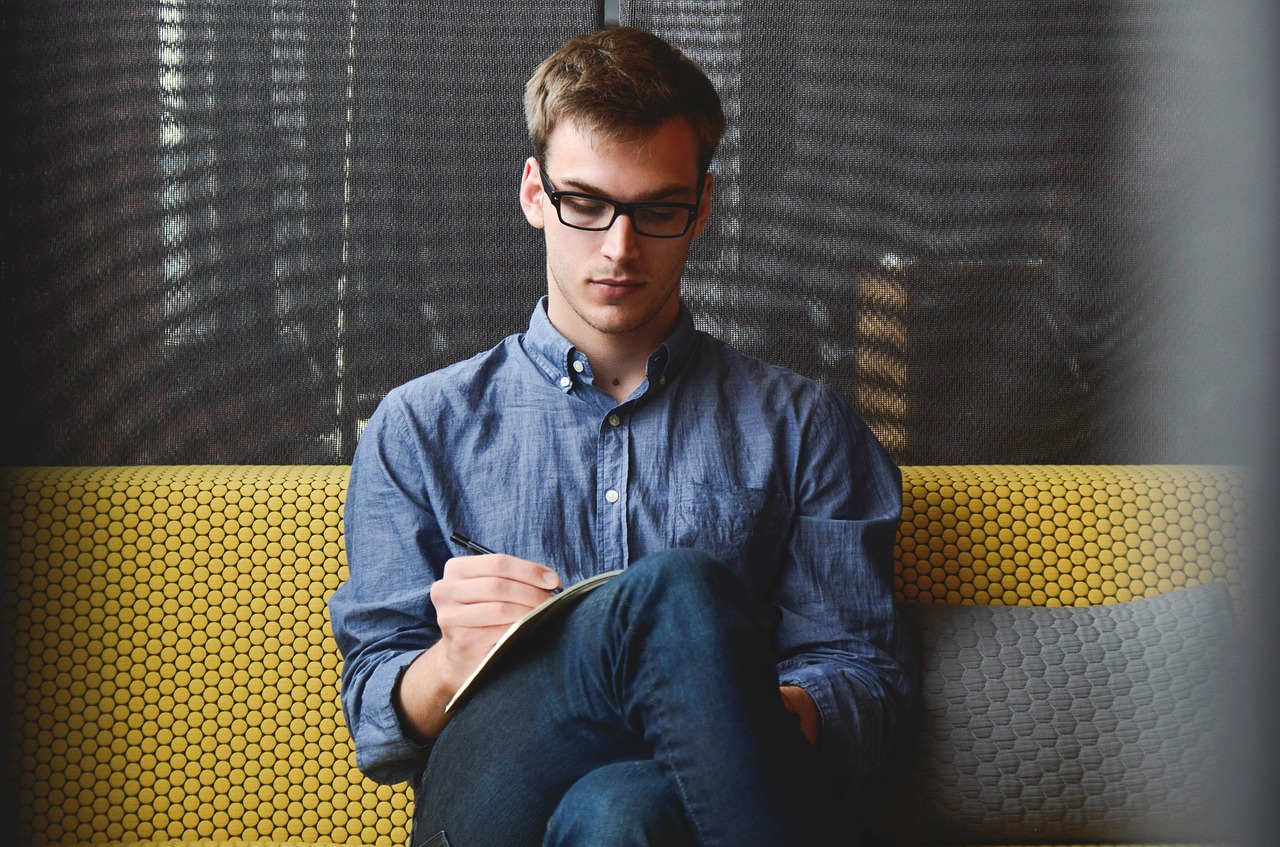 When I consider some of the changes that have happened in Britain recently, I am reminded of the Chinese curse: “May you live in interesting times”.

Why a curse? There’s an idea now that anyone can start a company, that there are countless opportunities. There’s an idea of an “entrepreneurial spirit” taking over the country, and this is a positive thing. From Thatcher onwards, many people have been supportive of that idea; now that the Conservatives are in power, the public is generally pro-business. As a result, I think many people believe there are plenty of opportunities for entrepreneurs, and that regulation is fading away, and they see that as a good thing.

There is, however, a very strange paradox at the heart of society at the moment. It’s to do with the much bigger philosophical question of who we are and where we’re going. When I think about the night time, I wonder about what kind of country we want to live in and what kind of cities we want to participate in.

But first, I’d like to give a little snippet about me to offer an insight about the inspiration behind the Night Time Industries Association. I spent around a quarter of a century putting on events around the world and about 20 years ago I co-founded The Old Truman Brewery, a 25-building, 11-acre site in Shoreditch. At the time it was considered an “Objective Two” area in terms of employment, social issues and housing – issues that were very problematic at the time. We had been promoting and doing events all over the West End and people would tell us we were crazy, that no-one would ever go there, that they’d stay in Soho and that we should forget it.

You might think this was great news and a good story, especially when organisations like the World Bank started citing it as an example of urban regeneration. And you’d think that everyone had participated in the great news, that everyone valued the businesses and creative industries that had contributed towards the great regeneration. But instead, we found ourselves under fire in a really significant way. And then we realised that some very weird things were happening in areas like licencing and policing – things that weren’t normal. It was almost like the police had been instructed to come and find issue with what we were doing. There we were thinking: we’ve created hundreds of jobs, paid an enormous amount in business rates and created a great brand value for the area. Tower Hamlets were keen to be associated with all of the positive PR value of the new activity of creative enterprises. So what’s happening here?

In fact, we spoke to some of our colleagues in the industry in London and across the UK, and people everywhere – except for Manchester – were experiencing similar things. What we begun to understand was that the problem was with policy and the relationship between politics and the state. It was having a significant effect on entrepreneurs and regulation.

What’s happening is that the “night time” is being talked about in the context of crime. There’s a “fear of the night” in policy, of bad behaviour and a rise in crime. But it’s an old-fashioned script, one that associates many of the problems that do arise – and some that don’t but could – as deriving from and being created by night time entrepreneurs.

Up until quite recently, the night time economy – drinking, going out – was often seen in the context of silly pictures of women with mini skirts round their head, heels dangling. Or you’d hear a discussion about drunk tanks or crime spikes. But we need to take a step back and understand the situation.

Around a decade ago, when the new 24-hour licensing for bars and nightclubs was put forward, there were scare stories of binge drinking, crime and people behaving out of control. In fact, as Christopher Snowden of the IEA revealed recently, we’ve actually since seen A&E levels stabilise and people spreading their drinking patterns across the hours. Around 40 per cent of young people today describe themselves as teetotal. Unless you’re in the business of just selling alcohol, you might see this as fantastic news.

None of the nightmare visions have come true, and we’ve become a more interesting society, one with huge variety in how it is entertained. However, this isn’t the view of the police. Met Commissioner Sir Bernard Hogan-Howe came out around the time of all this good news and said: “You can make money from bars and restaurants and nightclubs, but the reality is councils around the country and particularly London are saying if we want to get crime down then we’ve got to get rid of 50 per cent of them”.

Everyone gasped. No one could believe he really said that. But I actually saw it as a good thing: it got everything out in the open. Here was a senior police commissioner saying we need to cull a British industry – one which generates £66bn per annum and 300 million visits a year from 8pm onwards from people who are coming in on EasyJet and the Eurotunnel into Manchester and Gatwick; not just to see Madame Tussauds or the theatre, but to go to Fabric, the Sub Club, XOYO. Night time industries have become a really significant part of what Joseph Nye called soft power and the UK’s brand internationally.

Sir Bernard Hogan-Howe’s comments were a real shock to many in the industry, highlighting a disconnect between policy and thinking. Here we were being viewed as borderline criminals, as creators of crime rather than stakeholders in a community that employs a lot of young people (at a time when one in four young people in London were unemployed), which provides a lot of secondary and tertiary employment and which has created regeneration. We all realised it was good thing that it was out in the open, but it was also a problem.

There needs to be a conversation in Britain about what the role of police should be. The police are having 20 per cent of their resources cut, stations are being closed and resources removed. It’s an unenviable position, but we’re now seeing many police authorities becoming increasingly statistics-obsessed. In conversation just recently, home secretary Theresa May asked: “Why are you spending so much time on burglaries and not on child paedophilia?” And the police responded: “OK, now if you want us to do burglary, you have to send us an email, because we can’t do that”.

Policing has become based on stats. The police are now pointing to performance and have created a rod for their own backs. It’s had a huge effect on entrepreneurs and the night time economy.

For instance, if someone loses their mobile phone, they’ll need a crime reference number to make an insurance claim. To get that number, they’ll have to call the police and say where that phone was lost or stolen. At one of our venues, for example, I had 80 passports in my office. They hadn’t been stolen: people had mislaid or lost them, possibly because they’d had a few drinks. But giving out all these crime reference numbers means borough chiefs across the country are unfairly linking venues with a spike in crime.

The increase in crime hotspots is being completely influenced by people losing things. Now, if I were to put it to the British public, I suggest that they wouldn’t think lost or even stolen phones were a big crime issue today. But even if theft were a big issue, even if there was suddenly a sharp rise in armed robberies at banks, in muggings or shoplifting at Westfield, in car theft at Ascot or in violence at Lord’s, no one would suggest closing banks, shopping centres or sporting events. If a haulage company knocks someone over, no one will close them down (assuming they’ve conducted their business properly and have done due diligence).

The night time industry is one of the most creative and innovative. It has had an effect not just in terms of how we make drinks or how we entertain people, but has played a part in every cultural phenomenon from The Beatles through to Wiley. We’ve got London Fashion Week here at the moment, but imagine fashion without the dance floor, without bars and clubs. The frisson, the sense of possibility, DJs, management companies – think about how they all interrelate with one another. Without the night time industry, all this would have been very difficult. The industry has had an enormous cultural contribution and an enormous economic contribution. And yet there’s a call for it to be culled. So one of the key goals in the Night Time Industries Association is for us to be treated as an industry. We want people to be held personally responsible when they commit a crime.

It sounds like such a normal, obvious thing to say, but if someone today commits a crime near or outside a venue, they’ll be asked where they had their last drink. This has worrying implications – it suggests that we’re not autonomous, rational decision-makers, but we’ve been programmed by the venue to act in a certain (criminal) way. It says nothing for millions of decent, ordinary citizens who don’t commit crimes. It says that entrepreneurs are responsible for individuals’ behaviour. And, as a result, we’re seeing greater regulation and intervention.

Yet the issues and responsibilities that are being increasingly imposed on many of our members are limiting, even stifling, businesses. According to Resident Advisor, people are now choosing Berlin and Barcelona over London, because being searched, having your biometrics taken, being surrounded by security guards and constantly told, nudged and pushed to conduct yourself in a certain way is a deterrent. In Cambridge, venues like McDonald’s now have breathalysers; Police Scotland has initiated a system where people are being swabbed at random while they wait in club and bar queues.

British serious crime has decreased and diminished significantly over the last decade, people are drinking less than ever before, people are tweeting about non-alcoholic drinks and we’re not seeing street fights all the time. Yet there’s this idea of British citizens and visitors as an out-of-control mob that needs to be constantly regulated. And that puts an enormous pressure on entrepreneurs, because some, quite rightly, don’t want to have an ID scanner in their establishments, it makes it feel like a prison or airport. Despite the British public never voting for compulsory ID, these days if you want to go out you need an ID to get into most places. And of course, most of the people that are really the problem get round such things. It’s the ordinary people that have to go through this rigmarole, and meanwhile it puts multiple impositions on the industry to the extent that we’re now seeing nightclubs and bars close.

There needs to be discussion around the importance and value of the night time. It’s when we make great friendships, when we get inspired, when we take in what people wear and how they dance. There needs to be discussion about how we organise our cities. We need to think about reversing the knee-jerk approach to policymaking today – the temptation to regulate, regulate, regulate – and to ensure there’s a more relaxed attitude towards allowing businesses to just get on and do what they do.

Let’s not forget that in the end, businesses and residents and visitors all have an interest in reducing crime. Everyone’s a stakeholder – and everyone can work together. Ultimately, we need to realise that people aren’t criminalised for the idea that they want to go out after 10 o’clock at night. 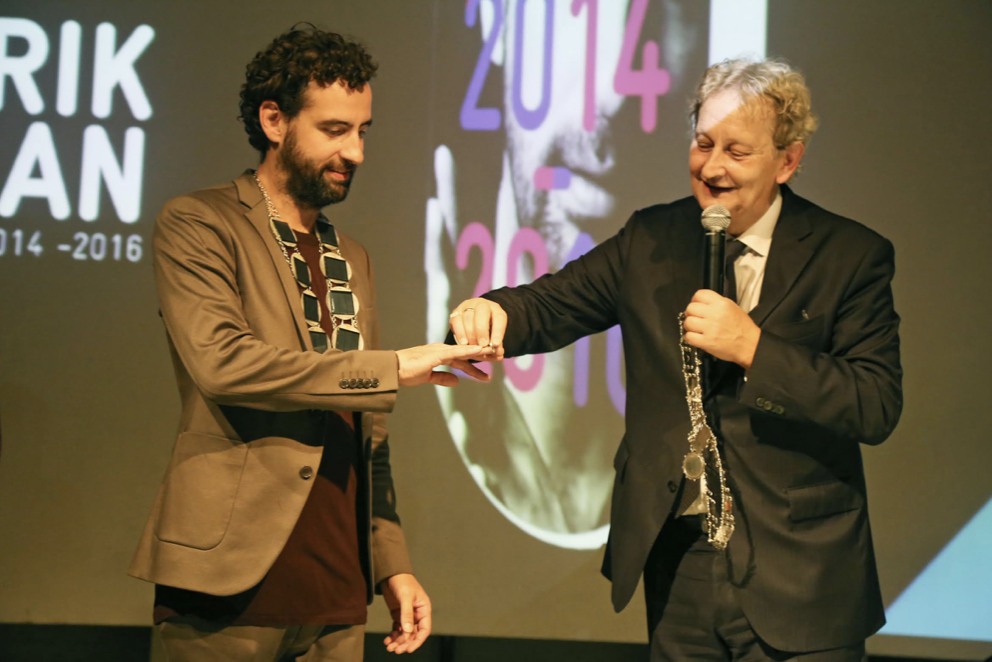