The Liberal Democrats have called on the Government to extend the furlough scheme “for all those who need it” until the end of June 2021, to avoid mass unemployment and accelerate the UK’s economic recovery.

Speaking in Parliament today, Liberal Democrat Treasury Spokesperson Christine Jardine MP urged the Government to extend the furlough scheme until mid-2021 as the best way to protect people’s livelihoods and to safeguard the UK’s economic recovery.

Liberal Democrats have warned that the furlough bridge currently doesn’t lead anywhere, with thousands already facing redundancy. As well as extending the furlough scheme, the Party is calling on the Government to invest in a Green Recovery Plan to create new jobs for the future.

Speaking after the debate in the House of Commons, Liberal Democrat Treasury Spokesperson Christine Jardine said:

“The UK is in the grip of the worst economic crisis in a century. Every month thousands of job losses are announced. Thousands more are expected once furlough ends. We need to see bold action from the Government to prevent this catastrophe.

“It is now clear that the responsible thing to do is to extend the furlough scheme until the middle of 2021 for all those who need it. This will protect households from mass unemployment and boost our economic recovery. Crucially, it gives us time to invest in our future economy through a Green Recovery Plan, so that there are new jobs when furlough eventually ends.

“The Government’s decision to bury its head in the sand and abandon furlough next month will have a grave impact on millions of peoples’ lives. Liberal Democrats will keep fighting so that no one is left behind.” 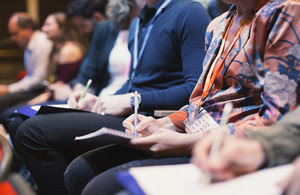