Why the British nightclub is dying (by a nightclub owner) 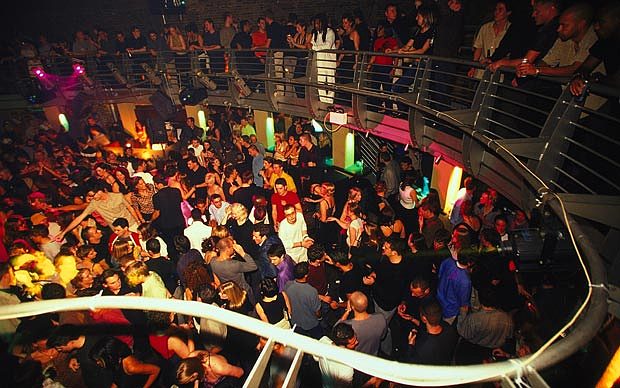 Our vibrant nightclubs are being squeezed out of existence by officious policing and rapacious developers – and the Government doesn’t care a jot, says Alex Proud

Why are the authorities attacking one of the UK’s most successful industries?

Last week, the ALMR (Association of Licensed Multiple Retailers) released figures showing that half the nation’s nightclubs had shut since 2005. For what it’s worth, as a club owner, I’m not especially worried about individual joints closing. The sector I operate in is both cut-throat and fickle. Some clubs shut down because they’re not any good, while others fall from fashion. In both cases, I would hope they’d be replaced by newer, better nightclubs – and I’d hate to work in an industry where you don’t have to innovate and adapt to stay in the game.

What does worry me though is that you see more and more clubs shutting down without being replaced. When a club closes, the local authority makes it abundantly clear that the license has gone and the premises will never be re-licensed. This is down to a massive change in the way the authorities deal with us.

The shift has its roots in the recession. Since they decided that shrinking the state was a moral imperative that could be cloaked in “necessary” austerity, the Conservatives have wielded the axe pretty freely. They haven’t spared their traditional allies, the police, who have had their funding brutally and repeatedly slashed as Chancellor George doles out dose after dose of his marvellous medicine. However, the police still also have innumerable targets they have to hit (because politicians, Labour and Conservative alike, love to prove how effective they are).

As a result, understandably, the police focus on crimes that are easy to deal with – like mobile phone theft and public disorder. They want to look good – and this means massaging their stats.

It can feel as though nicked iPhones and minor scuffles get more attention than some of the worst crimes imaginable. For night club owners, this has resulted in some real ‘fun’. For a while, we had to employ undercover security to look for phone thieves in our clubs, we had to beef up our ID systems (which resulted the in gangs of phone thieves using better fake passports) and we had to plaster signs everywhere alerting people to the possibility of phone theft.

None of this had any real effect other than making the police look like they were being tough on crime. In the end, the problem of phone theft was tackled effectively – it had nothing to do with us or the police and everything to do with Apple and Google putting stronger digital locks on their phones, making stolen mobiles less attractive to criminals.

Now this menace has been effectively dealt with, the police have moved on to what they call “crime generators” (who doesn’t love a shiny new buzzword?). This tends to mean areas where large numbers of people congregate and/or where drinking goes on, like nightclubs. Do they attack other crime generators? Like football matches? Or festivals? Or the supermarkets who sell the gallons of cheap booze people use to get drunk in parks and town centres? Of course not. All these entities are large and wealthy and have good lawyers. Nightclubs, by contrast, tend to be small businesses – and are run by people like me who can’t afford legal teams like Sainsbury’s and Arsenal can.

What this means in practice is that our license requirements get ever more onerous. Where once they were a few pages of boilerplate, licenses now run to a hundred items. Yes, all these stipulations do reduce crime a bit, but they also mean that anyone coming into my club goes through a screening process that’s worse than Tel Aviv airport.

Clubbers have to present ID, which immediately goes on a database that is shared with other clubs. Piss off my bouncers and can get you banned from every club in the country. (I often wonder how this police stipulation can possibly be legal under data protection laws.)

The list goes on. We are held to account for crimes committed on the way home from clubs which have nothing to do with us at all. The most tenuous link makes us wholly responsible, while supermarkets sell alcohol with impunity. Crimes that are alleged to have happened are routinely chalked down as permanent black marks against us. And crimes that are minor are blown out of all proportion: any crime that results in stitches is defined as “life changing.”

All of this is despite the average club being much safer than Glastonbury. Or a football match. Or perhaps even a supermarket. I have the stats to prove it. My clubs are boringly safe. They’re yawn-inducing in their lack of criminality. A decade ago the police would have treated us like the largely trouble-free business that we are. And that’s all we’re asking. To be treated like every other business.

OK, so that’s half of it. The other half is gentrification. We all know the story. Between 1945 and 1990 our city centres emptied out and became poor and squalid places. In the early 90s, this trend reversed and the cool kids starting moving back in. With them came the bars and the clubs. These made city centres fun and exciting places to be. And they were also still pretty cheap, so people piled in and property prices began to rise.

Prices continued to rise and rise and rise – and now the areas that once attracted artists and bohemians now attract wealthy people who fancy themselves as a bit cool and like the idea of urban living, but would really be happier living in Virginia Water. So 20 years ago, Hoxton lofts were full of musicians, who probably half-lived in the nightclub down the road. Now they’re full of bankers and lawyers and their highly-strung, grasping wives who view the nightclub down the road as a dreadful inconvenience and want nothing more than to shut it down. Fun times.

Unfortunately, this is all too easy to do. If you have a noisy club nearby and you don’t like it, all you need to do is complain to the council. Get a couple of your neighbours to moan too – and they will use the UK’s draconian noise regulations to shut it down. If the club’s been there for 20 years, it doesn’t matter a bit. Developers know this. A club near us has three residential towers going up around it. Once they’re finished, they’ll get a few noise complaints and boom, the club will be gone. I give it a year tops – unless of course all the flats go to buy-to-leave Chinese investors.

The clubs have no comeback here. Because businesses do not pay rates directly to local councils (Thatcher severed the link) there is little incentive for local authorities to listen to us. The fact that a new development can close an established business that provides local employment is by-the-by. And a sensible solution – such as the ‘agent of change’ principle some Australian states have – shows no sign of getting any closer. Developers have money and cozy relationships with government minsters; club owners do not.

Again, I’m reminded of David Cameron touting Britain’s cities as brilliant, creative vibrant places to live, work and visit. Or George Osborne banging on about about how he wants to encourage entrepreneurs and small businesses. Or regenerate cities. Or increase tourism. Here’s a sector that does all these things and it gets treated marginally better than prostitution.

I don’t know. Maybe our leaders will realise what they’ve lost when our town centres are as dead as the suburbs by 11pm and when London looks like Geneva on Thames. Maybe, when London starts attracting the kind of tourists that Madeira or Vienna get, they’ll see where they went wrong. Maybe they’ll realise they’ve let our great city become a dull place full of of wealthy people who go to bed at 10:30pm because they have to get up early to short Asian shares.

But actually I’m starting to wonder if they’ll notice at all. Dave and chums are part of the Notting Hill set – and these days Notting Hill is the sterile moneyed ghetto I’ve just described. Yet many of its residents seem to think they live in a place that’s as cool as it was when Blur and Oasis were duking it out. So yeah, it’s pretty tragic, but perhaps Dave sees no problem with nightclubs being replaced by £100 a head restaurants – because that’s what he thinks cool looks like. 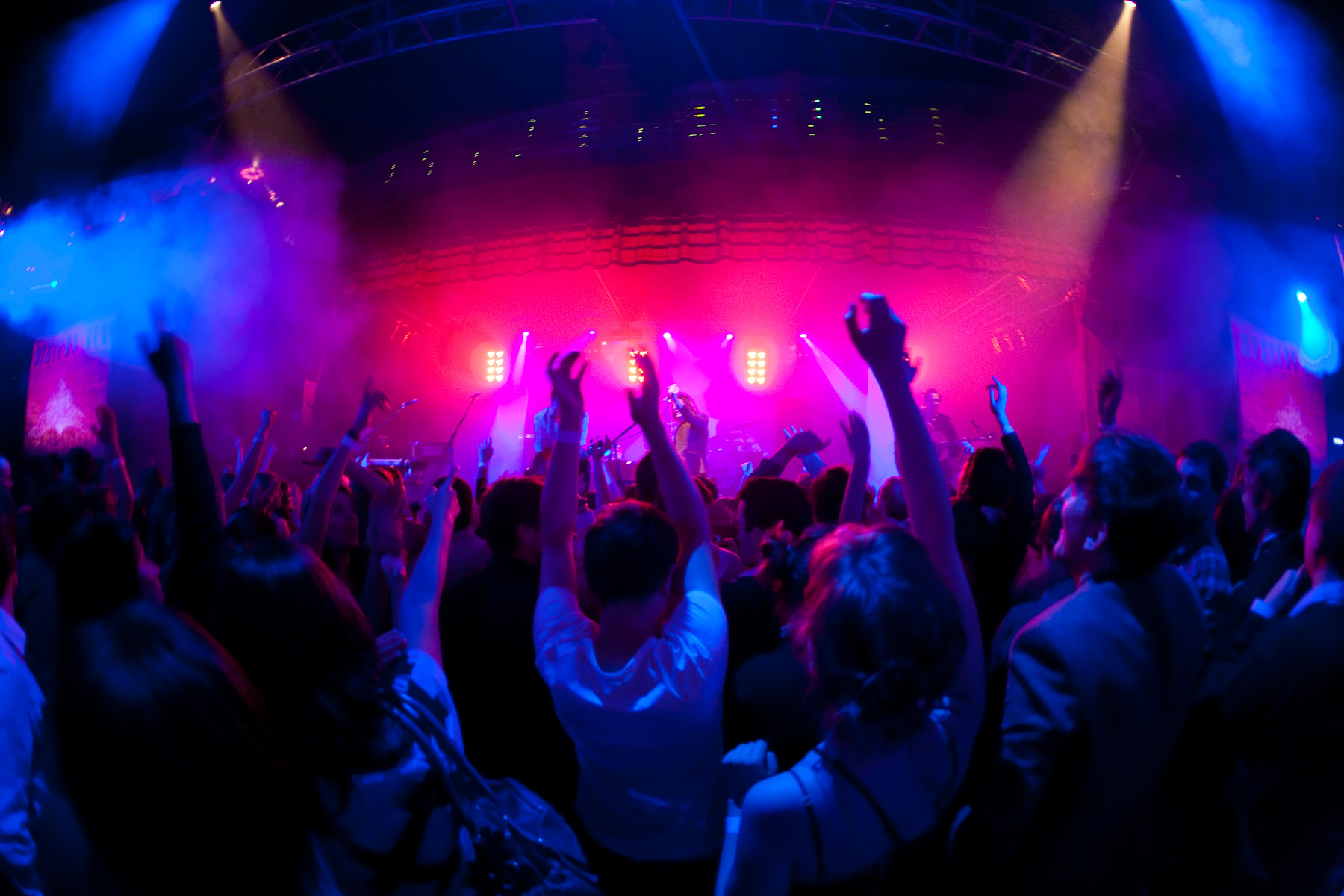